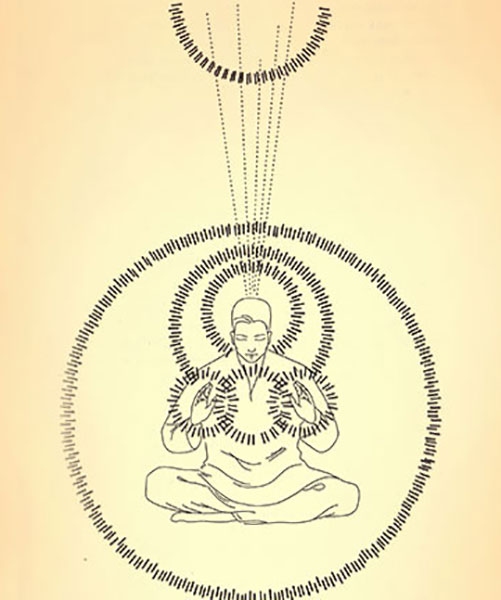 Meditation on Twin Hearts can be used to bless a certain place, company, country as well as relationships. For example, in Brazil, there was a place which was filled with anti-socials. A group of people started blessing the place and after a while, the anti-socials left the place.

The Chakras involved in Meditation on Twin Hearts

Benefits of Meditation in Twin Hearts

Regular practice of Meditation on Twin Hearts ensures better physical, emotional, mental and spiritual health for the practitioner. When such meditation techniques are practiced by a large number of people, the meditation can also bless the entire earth and promote harmony and peace.

When meditating on Twin Hearts, divine energy or spiritual energy descends upon the person, filling him with divine light, love and power. Divine energy that passes through the spiritual cord and the centers flows to the aura. This leads to the flushing out of negative thoughts and emotions, thereby cleansing the aura . This Divine Energy has Different Names in Different Religions and Different Cultures:

Experience gathered from this Meditation Technique

Regular and consistent practitioners of this form of meditation can experience being encompassed by dazzling light or being filled with dazzling light in the head. This has been experienced by advanced yogis and saints of different schools of religions.

Though the sex chakra or swadhishtana chakra , the basic chakra or mooladhara chakra and the solar plexus chakra or manipura chakra are activated in most people, the activation of the heart and the crown chakra are often neglected. By practicing the Meditation of Twin Hearts, a person can become more harmoniously balanced (intelligent plus emotionally matured). This form of meditation can help in the activation of all the major chakras. Source-Achieving Oneness with the Higher Soul by Master Choa Kok Sui

The information was clearly put together.

It was what ireally needed thank u for ur great job