Home > Our System > All about Your Energy Body & Your Aura

All about Your Energy Body & Your Aura 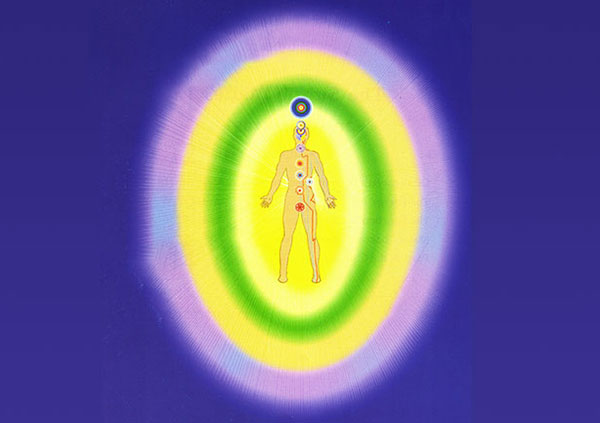 The visionary Swedenborg wrote in his Spiritual Diary: “There is a spiritual sphere surrounding everyone as well as a natural and corporeal one.”

The idea of a human aura , a radiating luminous cloud surrounding the body, is an ancient one. Sacred images from ancient Egypt, India, Greece, and Rome used this convention before it became so popular in Christian art, and before the aura was considered an attribute of ordinary everyday mortals. For centuries, it has been believed that clairvoyant people could actually see an aura surrounding ordinary individuals, and this differed from person to person in colour and character, expressing the health, emotional and spiritual attributes of the subject.

There is another energy field that lies beyond the health aura. This is called the outer aura. It merges with the inner and health auras and usually extends about one metre away from the visible physical body. If noticed clairvoyantly, we will see that the outer aura is usually multicoloured and shaped like an inverted egg.

As any individual evolves spiritually, the size of the chakras in human body , inner aura, health rays, health aura and outer aura may considerably increase.

The Intimate Relationship between the Energy Body and the Physical body.

The energy body and the physical body are very closely related. Therefore, if one is affected the other gets affected too and vice-versa. Hence, when the bioplasmic throat is weakened somehow, the result it might have on the visible physical body may show as cough, cold, sore throat, tonsillitis or other throat related problems. Similarly, when a person gets a cut on his skin or a sprain, there is a corresponding pranic leak in the area where there is bleeding. In the beginning, the affected area will become temporarily brighter due to pranic leak but the aura colour would inevitably become grayish because of pranic depletion.

If observed clairvoyantly, a disease can be seen in the energy body before it exhibits itself in on the visible physical body. For example, before someone catches a cold, his bioplasmic throat and lungs will appear grayish and will appear to be pranically depleted, if observed clairvoyantly. If the affected health aura is cleansed in time, the disease may be prevented from reaching the energy body. But if left untreated the disease will manifest inevitably on the visible physical body.

I have been practicing Crystal Healing everyday since I attended this course and I can honestly say there is a huge difference. If you are interested in healing and would like to see faster results you really should attend this course.