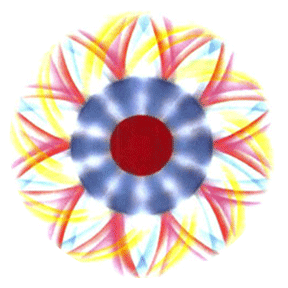 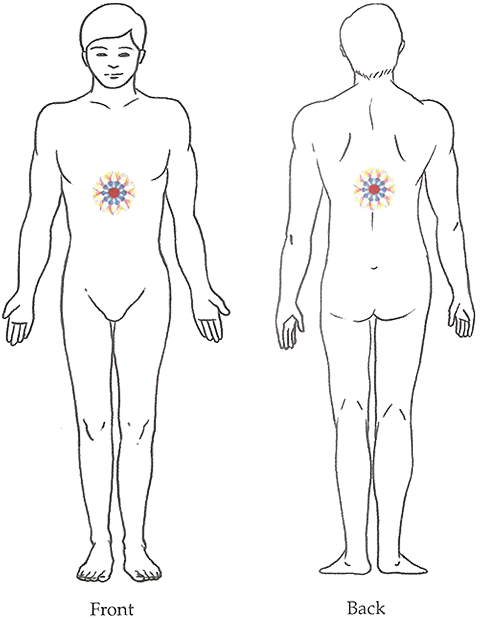 The inner strength of the person increases, as he is under influence of his higher soul.

The term “lower emotion” is not necessarily bad. The solar plexus chakra, as stated earlier, is also the center of courage, daring, strong drive, perseverance, and the desire to win. This is the “I” center, as in “I want this, I want that, I need that …” To be successful, the solar plexus chakra has to be strong. It is the center of assertiveness.

SOME CONDITIONS AS A RESULT OF A MALFUNCTIONING SOLAR PLEXUS

The solar plexus chakra or Manipura Chakra can be easily disturbed or imbalanced by negative emotions.

When a person is very angry, the solar plexus chakra pulsates erratically. This causes the diaphragm to move erratically, resulting in irregular shallow breathing.

Harboring or explosively expressing negative feelings for a prolonged period may manifest as:

In many instances, the malfunctioning of the solar plexus chakra due to prolonged negative emotions tends to cause the basic, navel, and spleen chakras to malfunction. This manifests as severe arthritis. (MCKS Advanced Pranic Healing)

Hypertension may be physically caused by malfunctioning of the kidneys or by other external factors. In most cases the cause or causes are not medically known; this is called essential hypertension.

It can be controlled but is supposed to be “medically incurable.” From the Pranic Healing viewpoint, essential hypertension is caused by the overactivation of the meng mein chakra, which is usually caused by the overactivation of the solar plexus chakra. In other words, essential hypertension is predominantly of emotional origin. Through repeated pranic treatments, the patient’s blood pressure can be normalized.

Back solar plexus: in Chinese medicine, it corresponds to the acupuncture point DU (GV) 7 and DU (GV) 6, respectively. (MCKS The Spiritual Essence of Man)

TAOIST AND INDIAN CORRESPONDENCE OF THE SOLAR PLEXUS CHAKRA

In Kabbalah it is called Gevurah. The divine name of Gevurah is Elohim Gibor.

It's very useful course to recognize my soul, and to develop me personally and Spiritually

It was such an amazing experience! So worth it!