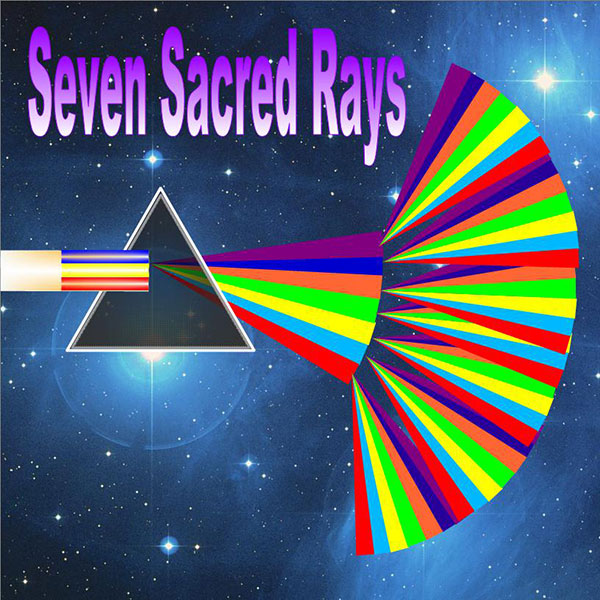 Every person belongs to a certain ray that decides his/her attitude, perspective towards life and therefore his/her actions in life. One of the factors that causes misunderstandings and arguments among people is lack of such knowledge.

Different people get different interpretations about the same issue, all of which might be correct simultaneously. The reason behind such diverse conclusions is looking at the subject matter from different perspectives and the knowledge of the seven rays can solve such miscommunications, as it will broaden our understanding about people.

In this series the aim is to discuss about different rays in detail and describe the virtues, vices and qualities relayed to each ray. May this knowledge help us understand the people around us and enable us to work in harmony and peace.

What are the Seven Rays?

To explore this broad subject that many great thinkers and spiritual teachers have discussed including Alice Bailey, Madam Blavatsky, Ernest Wood and Master Choa Kok Sui, we first need to understand what the Seven Rays are. For this matter there are a number of points to consider:

Seven Rays and Their Qualities

As discussed, a Ray is referred to a particular force or type of energy, with a certain quality that it exhibits. So when we discuss about certain ray energy, basically we are considering that quality and the purpose aspect of the great Life who is known as the "Lord of the Ray". His divine intention, will and purpose create a radiation or stream of energy that affects all forms of manifested life within our planetary ring-pass-not.

"Different aspects of Truth can be seen through the Seven Rays. Each Ray sees things differently and has its own way of doing things. Each Ray has a different opinion."

Seven Rays and The Masters

The Lords of the Rays are in fact the creating and sustaining energies that implement the Will of the planetary Logos. They cooperate with Him in the defining and expression of His supreme purpose. They create the needed new forms, vitalize and qualify that through which the immediate divine intention is expressing itself; and they cause the fading out or dying of the form aspects. In this way they produce cycles of destruction and thus make room for the new forms and expressions of life.

The Central Light, which we call Deity, the one Ray of Divinity, manifests firsts as a Trinity and then as a Septenary. The One God shines forth as God the Father, God the Son and God the Holy Spirit and these three again are reflected through the Seven Planetary Logos.

"One Life sought expansion"" resulting in seven aeons, or emanations, manifesting in the expression of life, becoming the "seven Rishis of all the ancient scriptures."

I really enjoyed taking this course as it opened my heart and mind to the moment, healing my loved ones and myself and the basics of anatomy and chakras.

I have decided to enter the basic pranic course, and i felt the result once i have practice the techniques with my beloved teacher Maria.

Every body at the center encourage me to complete my courses and guess what!!

I just completed my advanced course , where the healing techniques are much faster and more powerful and you will get the result instantly. ( I love it ).