Home > Our System > Incarnation & Reincarnation: Your Soul Changes Clothes Too! 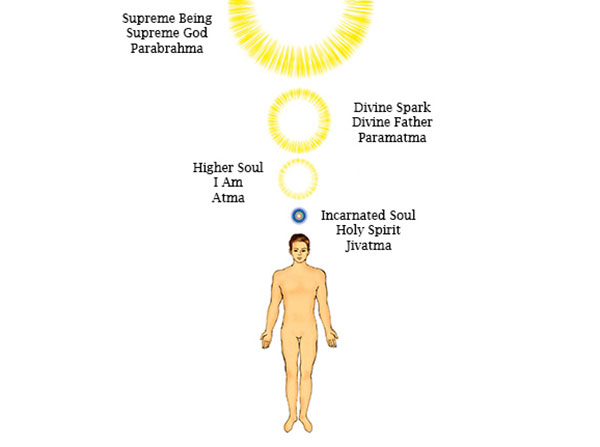 Birth, death and rebirth form the major events in the circle of life and incarnation. Hinduism speaks of two certainties. Firstly, that any individual who has been born, must ultimately die and secondly, that whoever dies, will be reborn, unless freed from the process of incarnation.

Why are We here?

The question then is why does the soul have to go through this cyclical journey? Are there obligations that cannot be dealt with in one lifetime? The answer involves the understanding of another concept: Karma. The literal translation of the Sanskrit word, karma, is work or duty. Birth presupposes a soul being assigned some particular duty that it has to accomplish through life. Every person has the power to generate both good karma and bad karma. Rebirth can be looked upon as an opportunity provided to the soul for nullifying or equalizing bad karma.

After death, the incarnated soul either directly achieves union with its higher soul or does so after a certain period of time, based on its level of spiritual development. However, this union is not permanent for most. Karma beckons and the incarnated soul needs to come back to life as we know it, reincarnated into another physical body.

You were Born Before your Physical Birth

Let’s take a quick look at the processes that precede birth. When the higher soul is ready to incarnate, superior beings design the destiny of the incarnated soul. This serves as a blueprint for the life to be. The higher soul then embarks upon a journey through the lower mental world by moving “downward” with the seed of consciousness and forms the lower mental body. Following this, the higher soul extends the emotional permanent seed into the astral world thus forming the astral body. Finally, the physical permanent seed is attached during fertilization following the union of the sperm and the egg cell. The incarnated soul is the final entity to be lodged onto the physical body. This happens during the seventh month of pregnancy and the soul is harboured in the 12th chakra, located a foot above the head.

The processes mentioned above lead to birth in the physical world as we know it. Throughout life, the incarnated soul is provided opportunities to engage in good karma and bad karma. Moreover, the karmic blueprint that is developed for the incarnated soul is devised in such a way that some of the bad karma of its past lives get equalized.

People on the spiritual path, especially Arhatic yogis often realize that their lives become more difficult than it was before they became spiritually inclined and active. This is because higher spiritual practices hasten the process of incarnation in the sense that the incarnated soul is provided more opportunity to unite with the higher soul. This can be done only when a large part of the bad karma is neutralized.

So, how does one achieve liberation from the cycle of birth, death and rebirth? Is ‘nirvana’ or ‘moksha’ possible only if all negative karma has been equalized? How many lifetimes does it take to achieve freedom from the cycle of incarnation? To be able to arrive at the answers of such questions would require one to delve deeper into the realms of spirituality. The books and courses designed by Master Choa Kok Sui are truly enlightening and might help you understand many philosophies and clarify many doubts that you might have.

It was amazing to go deeper into pranic healing. Jad is really patient funny and also passionate about it which make the course interactif and easy to focus.