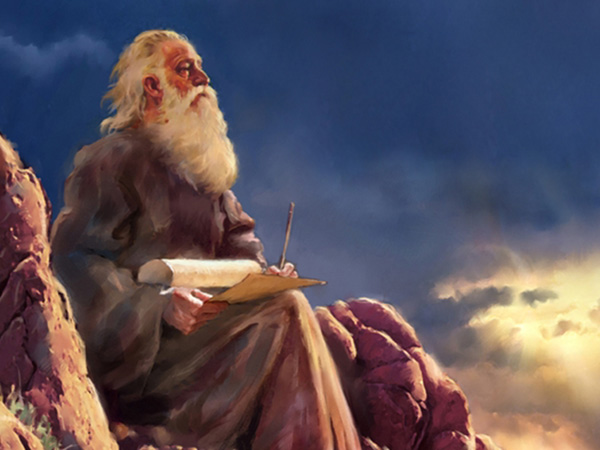 The term "Chohan" appears quite often in Theosophical literature, beginning with references made by the two Masters known as "Master M." and "Master K.H." to their Spiritual Chief, their own Master and Guru, who they refer to variously as the Chohan, the Cho-Khan, and the Maha Chohan. In one of her letters, H.P. Blavatsky calls him the Chohan Rimpoche.

They also occasionally call him the Shaberon, a Tibetan Buddhist term which can be translated as "Exalted Officer" or "Revered Minister," and the Hobilgan or Khobilgan, which is apparently a Mongolian word used to refer to the higher initiated Lamas of Tibet, those in whom a high spiritual being " a Bodhisattva or Nirmanakaya " has incarnated. Rimpoche or Rinpoche is a reverential Tibetan term.

The word "Chohan" has long been a source of confusion. Many people, Theosophists included, have claimed that there is no such word in either Tibetan or Sanskrit and that it must therefore have been invented by H.P. Blavatsky or others. What is even more surprising is the fact that such assertions are often confidently made by certain Theosophists who purport to be learned scholars and academics in Eastern studies and who pass themselves off as experts in everything relating to Tibet, Buddhism, and Hinduism.

"Chohan" or "Chokhan" is simply the Masters' and H.P. Blavatsky's way of writing " as phonetically as possible in the days long before any standardized system of Tibetan or Sanskrit transliteration had been established

" the Tibetan word "Chokyong." In the Wylie system of transliteration, this same word is rendered as "chos skyong."

An online dictionary and glossary of Tibetan Buddhist terms has a page about this word, which shows that it is the Tibetan equivalent of the Sanskrit term "Dharmapala."

As the Masters' letters, HPB's writings, and the Maha Chohan's own famous letter, reveal the Trans-Himalayan Brotherhood to be purely Buddhist, it isn't too surprising to find such a distinctly Tibetan Buddhist term used as the reverential title for the living Head of this Brotherhood, this Esoteric School which we have shown in articles such as Alaya " The Universal Soul and Self and Non-Self in Buddhism and Theosophy to be the Esoteric Yogacharya School founded by the original Aryasanga, a direct disciple and Arhat of Gautama Buddha.

True Esoteric Buddhism is not different from Esoteric Budhism " "the anciently universal Wisdom-Religion" itself.

All through the history of Tibetan Buddhism and into the present day, many Lamas of various schools and sects have been called "Chokyong" or "Chohan." In "The Theosophical Glossary" HPB rightly defines "Chohan" as being a Tibetan word. There is no mystery about it, no grounds on which to accuse Theosophists of ignorance or fraud. It is perhaps more astounding that those who insist that "the word "Chohan" doesn't exist" have never heard of the historical Indian Rajput clan known as the Chauhans, Chouhans, or Chohans. To this day, "Chauhan" and "Chohan" are not uncommon surnames in India. This word, however, is not directly related to the Tibetan word.

In a letter to Col. Olcott, the Master K.H. wrote, "I came to you not alone of my own accord and wish, but also by order of the Maha Chohan, to whose insight the future lies like an open page."

Whilst "Chohan" is Tibetan, "Maha" is a Sanskrit word and means "Great," so the term "Maha Chohan" is actually a Sanskrit-Tibetan conjunction.

It is not only this one individual who is spoken of as a Chohan. There are apparently many Chohans, of various grades and degrees of initiation and advancement, who all form part of one hidden Esoteric Brotherhood on Earth.

The term is also used when speaking of celestial beings or spiritual entities, who are often spoken of in the teachings of Theosophy as Dhyan Chohans. "Dhyan-Chohan is a generic term for all Devas, or celestial beings," says H.P. Blavatsky on p. 47 of "Transactions of the Blavatsky Lodge." There are many hundreds of references to Dhyan Chohans throughout the two volumes of "The Secret Doctrine" and it is taught that they exist in seven distinct hierarchies.

Mention is made of "the "four Maharajahs" or great Kings of the Dhyan-Chohans, the Devas who preside, each over one of the four cardinal points. They are the Regents or Angels who rule over the Cosmical Forces of North, South, East and West, Forces having each a distinct occult property. These BEINGS are also connected with Karma, as the latter needs physical and material agents to carry out her decrees, such as the four kinds of winds, for instance," (Vol. 1, p. 122-123).

As stated in the online Tibetan Buddhism glossary mentioned earlier, in the entry for "chos skyong" or "chokyong," such a being "can be either â€˜mundane' (virtuous samsaric beings) or 'wisdom Dharma protectors' (emanations of buddhas or bodhisattvas)" and it is also a "name given to four Buddhist guardian kings."

According to the Master M., there are not only Chohans of Light.

"There are Dhyan-Chohans and "Chohans of Darkness," not what they term devils but imperfect "Intelligences" who have never been born on this or any other earth or sphere no more than the "Dhyan Chohans" have and who will never belong to the "builders of the Universe," the pure Planetary Intelligences, who preside at every Manvantara while the Dark Chohans preside at the Pralayas. as all in this universe is contrast so the light of the Dhyan Chohans and their pure intelligence is contrasted by the "Ma-Mo Chohans" " and their destructive intelligence."

The spiritual practitioner is called a Chohan when he/she is at the Sixth Initiation level of the spiritual path.

Brings in medicine, self-development and spirituality all in one. A holistic approach to looking at the world around us from different angels

enjoyed thorughly and got a foundation know how on basic healing to others and ones self.

Amir is very clear explaining everything one needs to understand. He answered every question I had before completing the course and everything was covered thoroughly. The Course exceeded my expectations in terms of content.