Home > Our System > The Story of Prince Siddhartha Gautama, Who Became Lord Buddha

The Story of Prince Siddhartha Gautama, Who Became Lord Buddha 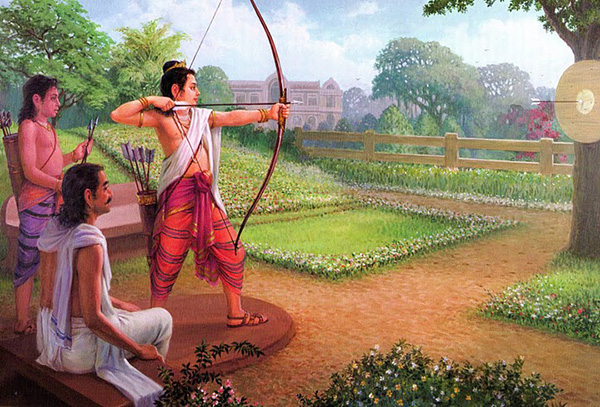 About 600 years before Lord Christ, a prince was born in the land of Nepal, by the name of Siddhartha Gautama. Siddhartha was brought up by his mother's younger sister, Maha Pajapati. By tradition, he is said to have been destined by birth to the life of a prince, and had three palaces (for seasonal occupation) built for him. Although more recent scholarship doubts this status, his father, said to be King Śuddhodana, wishing for his son to be a great king, is said to have shielded him from religious teachings and from knowledge of human suffering.

When he reached the age of 16, his father reputedly arranged his marriage to a cousin of the same age named Yaśodharā . According to the traditional account, she gave birth to a son, named Rāhula. Siddhartha is said to have spent 29 years as a prince in Kapilavastu. Although his father ensured that Siddhartha was provided with everything he could want or need, Buddhist scriptures say that the future Buddha felt that material wealth was not life's ultimate goal.

At the age of 29 Siddhartha left his palace to meet his subjects. Despite his father's efforts to hide from him the sick, aged and suffering, Siddhartha was said to have seen an old man. When his charioteer Channa explained to him that all people grew old, the prince went on further trips beyond the palace. On these he encountered a diseased man, a decaying corpse, and an ascetic. These depressed him, and he initially strove to overcome aging, sickness, and death by living the life of an ascetic.

King Siddhartha Gautama decided to leave the palace and pursue his calling. So he left the kingdom and searched for several spiritual teachers to learn from them. He practiced under two hermit teachers of yogic meditation After mastering the teachings of Alara Kalama , he was asked by Kalama to succeed him. However, Gautama felt unsatisfied by the practice, and moved on to become a student of yoga with Udaka Ramaputta . With him he achieved high levels of meditative consciousness, and was again asked to succeed his teacher. But, once more, he was not satisfied, and again moved on.

After years of searching and seeking the truth Siddhartha and a group of five companions (Kaundinya and his four colleagues) led by Kaundinya (Kaundinya was a Brahmin who first came to prominence as a youth due to his mastery of the Vedas) are then said to have set out to take their austerities even further. They tried to find enlightenment through deprivation of worldly goods, including food, practicing self-mortification (Mortification of the flesh is an act by which an individual or group seeks to mortify, or put to death, their sinful nature. common forms of mortification that are practiced to this day include fasting, abstinence, as well as pious kneeling.) 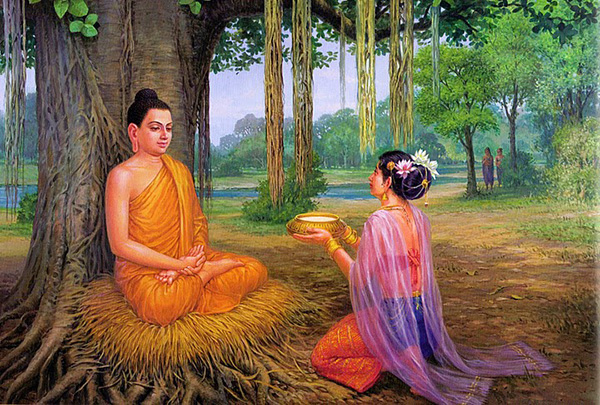 After nearly starving himself to death by restricting his food intake to around a leaf or nut per day, he collapsed in a river while bathing and almost drowned. A village girl named Sujata gave him some madhupayasa (a rice pudding now also known as kheer) after which Siddhartha got back some energy. Siddhartha began to reconsider his path. Then, he remembered a moment in childhood in which he had been watching his father start the season's ploughing. He attained a concentrated and focused state that was blissful and refreshing, the jhāna (Dhyāna (Sanskrit) or Jhāna (Pali), commonly translated as meditation, is a state of no mind).

After realizing that meditative Dhyana (Arhatic Dhyan Meditation) was the right path to awakening, but that extreme asceticism didn't work, Gautama discovered what Buddhists call the Middle Way, a path of moderation away from the extremes of self-indulgence and self-mortification, or the Eightfold Path, as described in the first discourse of the Buddha. In a famous incident, after becoming starved and weakened, he is said to have accepted milk and rice pudding from a village girl named Sujata. Such was his emaciated appearance that she wrongly believed him to be a spirit that had granted her a wish.

Following this incident, Gautama was famously seated under a pipal tree—now known as the Bodhi tree—in Bodh Gaya, India, when he vowed never to arise until he had found the truth. Kaundinya and four other companions, believing that he had abandoned his search and become undisciplined, left.

Through meditation, his mind became calmer and his concentration deepened. In this calm and peaceful meditating state, Siddhartha Gautama sat his mind to realize his true nature and the true nature of life.

He had questions in mind about life, the cause of suffering and the path to experiencing everlasting joy. Soon his consciousness expanded, and he saw the sun, planets and how the universe and galaxies are linked together. He experienced how everything in the universe, from the smallest speck of dust to the largest planets and stars are connected and evolving as one united whole; and how everything in the universe follows a same rhythmic system: growing, decaying and growing again.

Everything seemed so connected, happening with a cause and an effect on everything else in this whole.

He then, realized his true nature and how his latest life as Prince Siddhartha was but a bead in the series of lifetimes. at the time of his awakening he realized complete insight into the Four Noble Truths, the endless cycle of rebirth, suffering and dying again. He realized that death is nothing but changing the physical vehicle, enabling the soul to gain a whole new experience every time it is born again. He saw how by ending of one life time, another begins and in this way the wheel of life and death keeps spinning over and over again; and how karma is not ceased but carried over from one life to another.

He then looked at the suffering of the world and how people create their own misery and joy. He observed how people lie, steal, kill and take advantage of each other, unaware of the Law of Change and the instability of the physical possessions. He realized then, the causes of suffering, and that attachments and physical possessions can never bring man the everlasting joy. 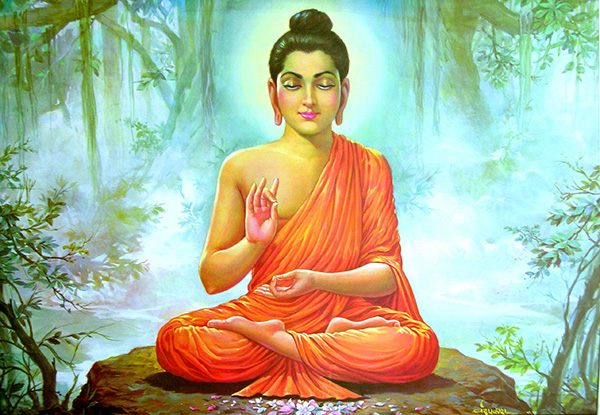 And Finally at the Full Moon of Taurus, the Vesak (Wesak) after a reputed 49 days of meditation, at the age of 35, he discovered the means to end this suffering, which made his body filled with a radiant light. His mind became so peaceful and calm. With a pleasant smile he arouse from his meditation and looked up, when he saw the morning star. At this holy moment, a great understanding came to him. He saw himself, all the life, the world and the planets as one. He experienced all the past and all the future simultaneously and realized the meaning of life, the existence, and why we are born on this earth and where do we come from. He thus found the truth and he is said to have attained Enlightenment, and became known as the Buddha or "Awakened One" ("Buddha" is also sometimes translated as "The Enlightened One").

Prince Siddhartha became the Lord Buddha who is also known as Gautama Buddha or Śhakyamuni Buddha.

Wonderful new knowledge and experience that exceeded my expectations (which were already high). And this course gave me more confidence in healing others.