Their knowledge and spiritual skill were very limited, if not near zero. It was necessary to develop a preparatory level for them so that they could gradually go up to the higher levels of Arhatic Yoga. The fundamentals of Arhatic Yoga had to be explicitly stated under the name, Five Pillars of Arhatic Yoga.

Devotion to God, reverence to teacher

There is only one physical Sat Guru for Arhatic Yoga, that is MCKS. The rest of the senior disciples teaching Arhatic Yoga are Arhatic instructors.

Proper diet is very important. Pork meat and pork oil contain very dirty gross energy, which is completely incompatible with the system of an Arhatic Yogi. The eating of pork meat or pork lard will cause the energy channels and chakras to become clogged up. This may manifest as chronic fatigue system, overheating of the body, chronic insomnia, skin rashes, severe hypertension, and other physical discomforts. In some instances it may even cause the yogi to have a stroke. Eating catfish or eel must also be avoided. They are not as dirty as pork, but are still dirty. Eating seafood with no scales should be avoided or substantially minimized. These kinds of foods are also dirty and are unhealthy for the body of an Arhatic yogi.

Doing physical exercises and breathing exercises are necessary to prepare the physical body and energy body for the greater downpour of spiritual energy and higher awakening of the kundalini energy.

It is also necessary to do physical exercises after the meditation. This is to get rid of old dirty energy generated by the meditation. It is important to avoid or minimize energy becoming stuck in the body.

Inner purification or character building is an absolute necessity. Without inner purification or character building, the weaknesses of a person will become so magnified, that the person become worse instead of better. Character building is done through Inner Reflection and Firm Resolution. Inner reflection means reflecting on what one has done during the whole day. Firm resolution means to mentally erase the mistake done during the day, and to repeatedly imagine you are practicing right thoughts and emotion, right speech and right action. This has to be done repeatedly.

The key word is to repeatedly imagine. The question is why? It is part of ancient teachings that:

The virtues are divided into Yang and Yin, or Do and Don’t.

The five virtues and the Golden rule

Character building can be summarized the three rules of Zoroaster:

Character building can also be summarized in the teaching of Lord Buddha. In the first five of eight noble path:

In the Christian tradition character building is summarized by the Lord Jesus who said, “do not murder. Do not commit adultery. Do not steal. Do not testify falsely. Honor your father and mother. Love your neighbor as you love yourself”. (Matthew 19:8) 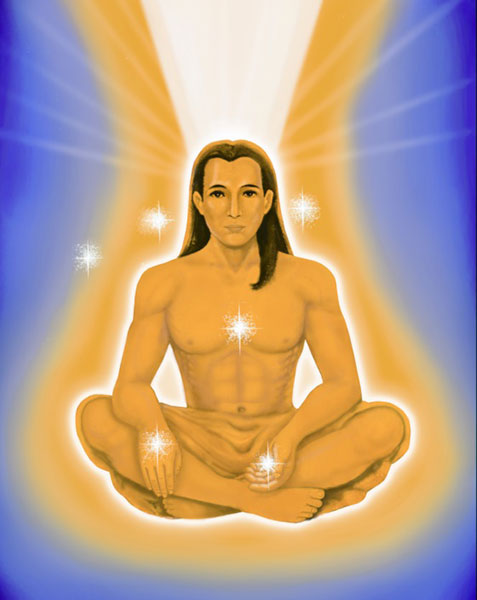 To accelerate the spiritual evolution of the soul, it is necessary to do meditation or spiritual practice regularly.

In Arhatic Yoga preparatory level there are four meditations which the spiritual aspirant must practice regularly.

The purpose of meditation on twin hearts is to develop the love aspect of the soul. In the Indian tradition, this is called Bhakti Yoga.

The purposes of practicing Arhatic kundalini meditation are:

If the evolution of the soul is not accompanied by the evolution of the body, there will be a mismatch. The soul, in spite of becoming more evolved, will not be able to impress upon the physical brain many of the inner experiences. The soul will not be able to impress the insight derived through the use of intuitive intelligence. Intuitive intelligence in Buddhism is called Buddhi Chitta. This is intuitive intelligence which means knowing through direct inner perception- without having to study. The evolution of the body is important so that it can also withstand greater amounts of spiritual energy and kundalini energy flowing through the physical body. The cleansing and energizing effect of Arhatic kundalini yoga is very powerful. Because of this, a new Arhatic yogi should only do this meditation once or maximum twice a week. Doing this every day would cause severe hypertension. Another effect of Arhatic kundalini meditation is the cleansing of the energy channels, the chakras and the aura.

Meditation on the blue pearl 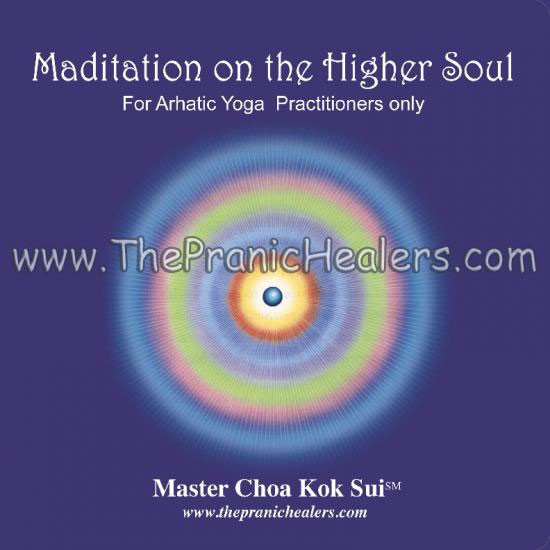 In the bible, it is stated, “let your eye be one and your body will be filled with light”. (Matthew 6:22) the “Eye” refers to the pineal gland. Within the pineal gland is the “eye of the needle”, through which the camel or disciple can enter heaven. “truly, heaven is not here, there or everywhere. It is within you”. (Luke 17:21)

The meditation on the blue pearl should not be over practiced. In some disciples, it may cause the body to become sick. It is analogous to an electrical wire that is subjected to too much power. It may overheat and melt.

The pineal gland is the ark of covenant within each one of us. This truth can be validated through prolonged practice of meditation on the blue pearl.

The glow of the blue pearl in an ordinary person is indeed smaller than a grain of sand. This is why in Christian tradition the blue pearl is called the “eye of the needle” and the soul of the disciple who practices moderation and non-excessiveness is called “the camel”.

The reader must eradicate pride, self-delusion, if he wants to spiritually evolve rapidly. This is one of the most difficult weakness to remove and probably the last weakness to be eliminated. 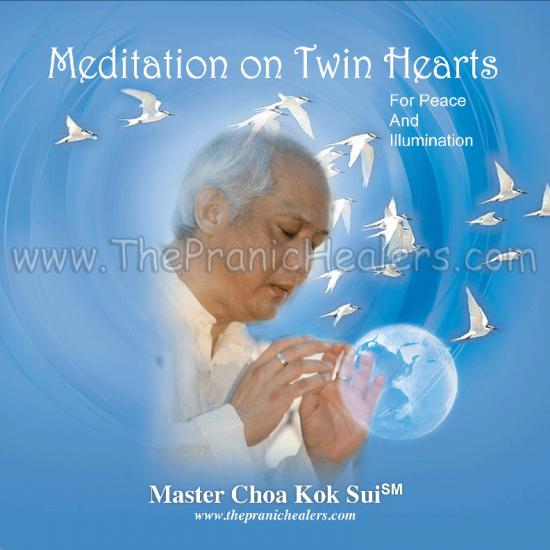 Meditation on twin hearts is a higher form of the meditation on loving kindness, called metta in Buddhism. The purposes why this meditation was revealed to the public are:

Procedure for meditation on twin hearts

For a subject that I thought would be heavy, Dr Noha Bayoumi gives it to you in a so comprehensive and ESG way that you feel quickly comfortable in applying it

M. Hermie elucidated the points clearly and uplifted the attendees consciousness regarding the material. God Bless her.

As a reviewer I had a great opportunity to refresh my memory and pay extra attention to details missed out in my first class presentation.