Home > Our System > What is Initiation? 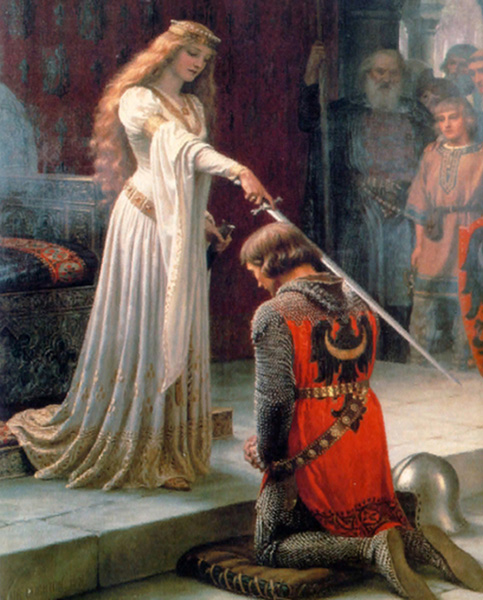 "Initiation is the process of undergoing an expansion toward higher levels of consciousness. "

The journey to enlightenment is one governed by initiation. This is a fact often overlooked by those who yearn for spiritual growth. In the Esoteric Tradition, the study of spiritual initiation is a cornerstone of inquiry. To understand it is to grasp the requirements for walking the Path with greater comprehension and assurance. Often people hold the view that enlightenment is a state of consciousness suggesting spiritual perfection, and freedom from further incarnational life. From one perspective this is true. Enlightenment can be viewed as a final consummation. Unfortunately, when strictly holding to this definition, there is the tendency to forget that spiritual evolution is gradual. As such, it is valid to view enlightenment as an incremental process as well.

Over countless lives, the soul is progressively learning how to express itself in the outer world. Each incarnation sees the soul gain a measure of added effectiveness in this regard. And, with each step forward, the soul is able to radiate more of its inherent light into the outer world. Herein is given another understanding of enlightenment. For when consciousness expands, so too does the individual’s capacity to radiate the soul’s light. The soul’s radiation “enlightens”, or brings light to life. It is therefore true to say that enlightenment is incremental as well as terminal. In this article we will examine the nature of spiritual initiation as a function of enlightenment. Discussion will be offered regarding each of the ten initiations, their challenges and implications. Though this presentation is an overview only, it will nonetheless provide the reader with a deeper appreciation of the spiritual path, and the milestones of achievement that point the way.

To understand initiation, we must first consider the nature of the soul’s incarnational predicament. When incarnate, it is enwrapped in three layers of substance loosely referred to as the mental body, emotional body and physical body. These bodies are really vehicles that the soul seeks to utilize in order to interact with the outer world. In their sumtotal, they represent the personality (lower self). Yet, for most of the soul’s long incarnational history, the personality has had the upper hand in defining one’s behavior. All spiritually inclined people know this oh too well.

Though we sense the soul within, the demands of the lower self will often take precedence over its agenda. The reason for this is that the three vehicles of the personality have not yet been mastered by the soul. From one perspective it can be said that the soul’s evolution is based upon its gradual ability to master these vehicles. Eventually the soul will demonstrate its control over the unbridled appetites of the physical body. This then is followed by its demonstration of authority over the ungoverned passions of the emotional nature. Finally, the soul must eventually gain the upper hand over the independent tendencies of the mind itself. These three steps represent the major milestones of development for the soul, and are the markers related to the first three initiations. They are the transitions most relevant to disciples today, particularly the first initiation and second initiation.

When speaking of initiation, the reader would do well to avoid thinking of it as a physical event. Initiation is not something experienced by the outer personality. Rather, it is the soul, on its own level, that is initiated. Each initiation indicates that the soul has gained dominion over some aspect of the lower nature. The process of gaining such mastery is really the basis for all spiritual disciplines. Inherent within our lower nature is found a variety of distortions and impurities. This is true whether considering the mental, emotional or physical bodies.

Such contamination is due to the misuse of these vehicles over countless incarnations. Yet, when one is spiritually disciplining his/her life, purification of the personality is the gradual byproduct of this effort. Slowly the soul inspires the personality to work toward cleansing itself. Only when these instruments are stainless will the soul have full mastery over the personality. And, it is the spiritual disciplines implemented in one’s life that make it possible for progress toward this end. Even so, the process of mastery is exceedingly slow, requiring many incarnations of effort. This is an important idea to keep in mind. There are many who claim that most (if not all) of the initiations can be taken in a single life. Though emotionally appealing, this notion is extremely misleading. Each of the initiations represents a major achievement in the long history of the soul’s journey through many incarnations. When an individual goes through an initiation, such an event is rare indeed. It has been said that there are no spiritual shortcuts in cosmos. This idea is very true, for soul evolution requires much inner labor, and many incarnations for full mastery to be achieved.

Initiation is a concept in Theosophy that there are nine levels of spiritual development that beings who live on Earth can progress upward through. Within these levels, there are four basic levels of spiritual development that human beings on Earth progress through as they reincarnate, although evil acts may cause bad karma which may cause one to temporarily regress. It is believed that when souls have advanced to the fourth level of initiation, they have reached enlightenment and have no further need to reincarnate. At the fifth level of initiation and beyond, souls have the opportunity to become members of the Spiritual Hierarchy. This concept was developed by both C.W. Leadbeater and Alice A. Bailey beginning in the 1920s.

Initiation is a process by which we try to develop ourselves not that we may become great and wise, but that we may have the power and knowledge to work for humanity to the best effect.

It is believed by Theosophists that all souls that have reached the fourth level of initiation evolved beyond the necessity to reincarnate. Those who do not elect become pratyeka buddhas and go directly into Nirvana gradually evolving upward through all of these six higher levels of consciousness over thousands or millions of years, and later over billions or trillions of years, with many other higher levels beyond.

The concept of Initiation is also recognized in the Ascended Master Teachings, a group of spritual beings, such as Ashtar Sheran, He is a beautiful being full of Love, Good, Wisdom, Harmony and Joy.

The first six initiations were named by C.W. Leadbeater and Alice A. Bailey after the six most important events in the life of Jesus.

Below is a brief discussion of each of the ten initiations.

Extremely clear, efficient and interesting. Thank you for delivering the teachings in such a professional way.

Learned how to protect yourself without any harm, living without fear.