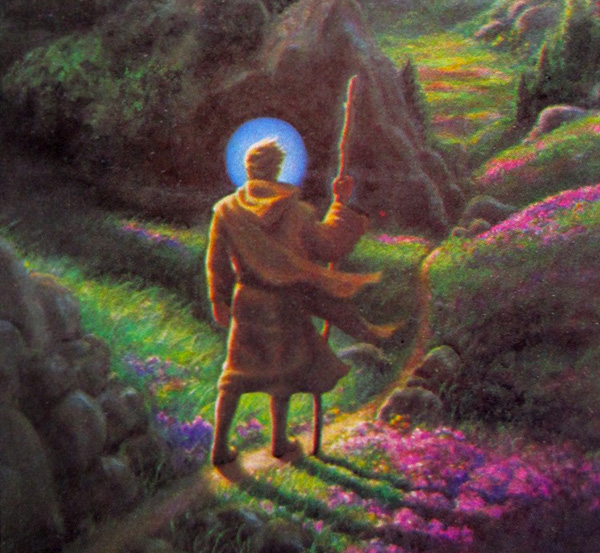 "An individual who is at the level of the third initiation has acquired fully developed clairvoyance and clairaudience."

At the third initiation, the personality is fully transfigured by the light of the soul. By this is meant that the entire personality (lower self) is bathed in the radiance of the spirit, and is now a complete and willing servant on its behalf. Most important is the fact that the mind is now governed by the indwelling soul. No longer does the mind wander, or unintentionally shift from one thing to another. Instead, the soul is the directing agent of thought. As such, mental illusion gives way as the soul guides and dominates the Mental Body. At this stage, the Law of Sacrifice dominates the life. This represents a willingness to sacrifice all personality desires in support of divine Will as sensed though the soul. Because this initiation indicates the complete fusion of soul and personality, the soul has mastery over every aspect of the lower self. In today’s world there are relatively few third degree initiates, though their uplifting influence is profound. The third degree initiate is said to be a “world disciple”. Implicit in this title is the notion that his/her influence in the world will have global ramifications. A likely example of a third degree initiate is Abraham Lincoln or Ludwig van Beethoven

The third initiation is mastery over mental body. Initiate’s consciousness has by this point risen to the mental plane and he or she learns much about principles of god consciousness. The four bodies of the initiate become very enlightened and he or she is not controlled by their lower nature or negative desire anymore. The soul becomes dominant. Mind is very responsive to ideas, intuitions and impulses coming from soul and the initiate also begins to receive direct guidance from the monad. Accumulation of appropriate spiritual information is fast. Sometimes the third Initiate is known as the Initiate.

Just as the second Initiation is principally concerned with the quickening of the lower mental body, so at this stage the causal body is especially developed. The ego is brought more closely into touch with the Monad, and is thus transfigured in very truth. Even the personality is affected by that wondrous outpouring. The higher and the lower self-became one at the first Initiation, and that unity is never lost, but the development of the higher self that now takes place can never be mirrored in the lower worlds of form, although the two are one to the greatest possible extent.

Once the third Initiation is attained, it is expected that the initiate will attain the fourth Initiation in the same incarnation, after which there is no compulsory physical rebirth.

During the time which intervenes between the third and the fourth Initiations, two more weaknesses have to be got rid of forever, attraction and repulsion to all outer things . . . so the disciple learns in this stage to rise above attractions and repulsions, to cast them aside for ever; they no longer have power to touch him.

While in this stage he has to throw off any lingering remains of what are called the fourth and fifth fetters, kamaraga and patigha, attachment to the enjoyment of sensation, typified by earthly love, and all possibility of anger or hatred. The aspirant must free himself from the possibility of being enslaved in any way by external things. It is not by any means that he will not feel the attraction of what is pleasant or beautiful or clean, nor the repulsion for the opposites of these things. He will still take them into account in the course of his work; but he will not let them be a deciding element in duty, and will override them entirely on those emergent occasions when it is necessary for his work.

Dr Amir was very preside and explicit about the very thing and I thouroughly enjoyed it very minute of it!

It allows you to fully and consciously live life in truth and love.

The course was good, and it has helped me in minor ailments. Look forward to the advanced course.