Home > About Us > Mahaguruji Mei Ling

Buddha Padmasambhava, more popularly known as Guru Rinpoche, came from Kashmir, on the side of what is now known as Pakistan, close to the border of Afghanistan and Tajikistan. More Precisely, his homeland is often cited as the Swat valley, an area called Udyan. In 747 A.D., he went to Tibet upon the invitation of king Thi-srong-detsan and started to teaching Tantric Buddhism.

The Lord Padmasambhava is the founder of Tibetan Tantric Buddhism. He popularize the Mantra OM MANI PADME HUM of Buddha Avalokitshvara, also known as Buddha Kwan Yin, the Buddha of mercy and compassion.

According to Tibetan stories, Buddha Padmasambhava was born of lotus flower as an eight years old boy. Padma means “lotus flower”, and Sambhava means “born of”. 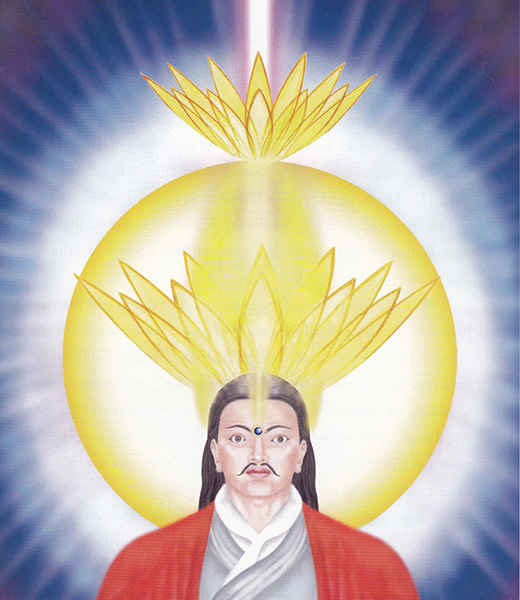 In Lord Padmasambhava’s Indian incarnation, he was a great Avatar. In another lifetime, he was the great Ptah or the Chief high priest Nefertem of the Egyptian mystery school. According to Egyptian tradition, Nefertem, the deity of healing arts, was born of the lotus flower. He is depicted as a young person with a lotus flower on top of his head.

The Lord Padmasambhava’s senior disciple, Chohan Jig Mei Ling, was also a Ptah of Egyptian mystery school. Chohan Jig Mei Ling is the modern compiler of the Nyingmapa tradition. Much of the inner teachings and practices of the tantric Buddhism have been compiled and written down by this great disciple of Guru Rinpoche. 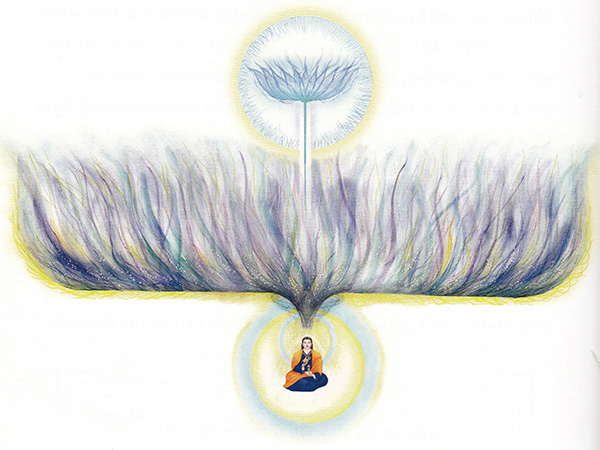 On the seventh month of pregnancy, when the Lord Padmasambhava were incarnated on the 12th chakra, the chakra was already fully activated, manifesting as a huge fiery golden lotus flower.

In different traditions, the different levels of development are called by different names. In Christian tradition, the Buddhas and Boddhisatavas are called the twenty four spiritual elders seated beside the throne of God in the book of Revelation.

In Hinduism, they are called MahaAvatars. Lord Padmasambhava was MahaAvatar lord Rama in his past life.

Guru Rinpoche was born spiritually of the lotus flower at the age of eight; therefore, Lord Padmasambhava was already born a Buddha.

A simple yet informative course. The knowledge gained can be used widely.

The course was very educative and informative . It met what I expected

The course inspired me to resume my meditations and healing sessions on regular basis. It was very easy to understand the content due to examples given. It also taught me that I have to work on myself, my family and then serve the humanity.The teachings were priceless.