Home > Our System > Levels of initiation beyond the tenth level

Levels of initiation beyond the tenth level 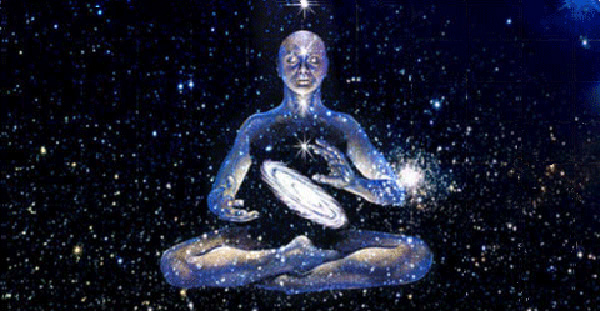 "There is a powerful being living inside the sun serving the Solar Logos called the Avatar of Synthesis."

In the theosophical teachings of Alice Bailey, there is a powerful being living inside the sun serving the Solar Logos called the Avatar of Synthesis. Its job is to transmit the seven rays from the heart of the sun through the seven spirits before the [solar] throne to all the life waves of the solar system. According to Benjamin Creme, the Avatar of Synthesis is functioning at the 17th level of initiation. In the Ascended Master Teachings, this being is called Ray-O-Light. The Solar Logos itself must be at least several levels beyond the 17th level. The Solar Logos, the Sun God in Theosophy, is personified as the cosmic beings Helios and his twin flame (celestial wife) Vesta, the "God and Goddess of this solar system", in the Ascended Master Teachings. Perhaps several dozen or a couple of hundred of levels above the Solar Logos would be the Galactic Logos. In the Ascended Master Teachings, the Galactic Logos is personified as the cosmic being Averran.

The ladder of being [i.e., of initiation] extends upward into clouds of light, into which few of us can yet penetrate, and when we ask those who stand higher than we and know infinitely more than we do, all they can say is that it extends beyond their sight also. They know very many more steps of it than we do, but it goes still further, onwards and upward to unimaginable heights of glory, and no one knows its end.

The number of levels of initiation ultimately would depend on the physical size of the Cosmos, because enough souls would have to climb the ladder to ensoul all the stars with stellar logoi and all the galaxies with galactic logoi, plus provide staffing for their attendant cosmic bureaucracies of angels, archangels, etc., as souls beyond them on the scale of initiation move up the ladder. If Alan Guth's inflation theory, which states that the actual size of the Cosmos is at least fifteen orders of magnitude larger than the observable universe (itself 93,000,000,000 light years in diameter), is correct, then there could be several hundred or even thousands of levels of initiation necessary to staff the large scale structures of the cosmos before reaching the level of the Cosmic Logos. In the Ascended Master Teachings, the Cosmic Logos is personified as the cosmic beings Alpha and Omega. If the concept of the Multiverse is true, then other hierarchies exist in other Universes. It is believed in Theosopy that the concept of the Multiverse is true because Theosophists have stated that the Universal Logos has created many other cosmoses besides our own.

I did chose to review this course to remind my self of all the details I missed and to help my self grow more and faster.

And also, my husband is attending this course this time and I wanted to enjoy this experience, informations and blessings together

Found the course very well conducted and enriching.
Looking forward for having more courses like this one (spiritual path) from Master coming soon.

The course overhaul was great. It's teaching about shieldingProcess was remarkable. Obviously we learnt a lot from this course.