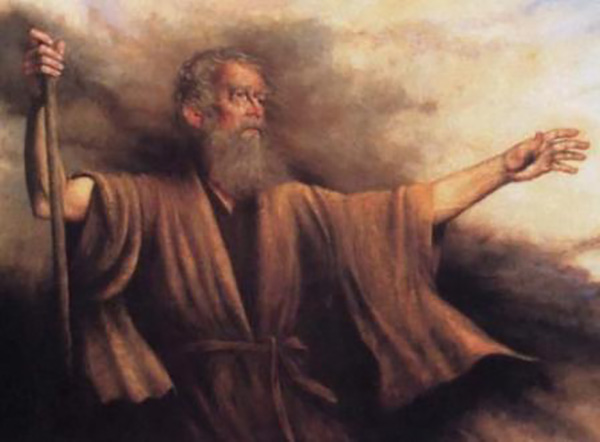 The Masters of Wisdom, or simply "The Masters" are initiates in the occult science and esoteric philosophy, who take disciples or chelas.

H. P. Blavatsky, in the glossary of her book The Key to Theosophy defined the Theosophical concept of "Master" as follows:

Master. A translation from the Sanskrit Guru, "Spiritual teacher," and adopted by the Theosophists to designate the Adepts, from whom they hold their teachings.

The Masters of Wisdom are sometimes referred indistinctly as "Brothers", "Adepts", or "Mahatmas."

Adept is a word that comes from the Latin adeptus, meaning "obtained, attained". It is commonly used to describe a highly skilled person; an expert in a particular discipline.

The word "Adept" was used is used to define a wide variety of degrees of knowledge of Occultism and initiation, from relatively advanced students to Masters of the science. The term does not imply high spiritual and moral development; it was sometimes used even to denominate black magicians. Thus, there are good and evil Adepts, of a high or low order. Since there is mention to "white" and "black" Adepts, meaning those who use the occult powers for unselfish and selfish purposes respectively. The high Adepts working for the welfare of humanity are also known as Masters of Wisdom.

The word Master, however, seems to be reserved to high adepts who work in line with the evolutionary movement. This idea is expressed to certain extent by Charles Johnston in his published interview to H. P. Blavatsky:

Then she told me something about other Masters and adepts she had known -- for she made a difference, as though the adepts were the captains of the occult world, and the Masters were the generals. She had known adepts of many races, from Northern and Southern India, Tibet, Persia, China, Egypt; of various European nations, Greek, Hungarian, Italian, English; of certain races in South America, where she said there was a Lodge of adepts.

Although the Masters known through the Theosophical literature use a male body, there are testimonies by a number of chelas that there are women adepts, even of the highest degree.

According to T. Subba Row there are different types of Adepts, corresponding to the Seven Rays of the Logos:

In the adept hierarchy, there are always seven classes of adepts, corresponding to the seven rays of the Logos. Two of these classes of adepts are so mysterious, and their representatives on earth are so rare, that they are seldom spoken of. Perhaps one or two adepts of these two mysterious orders appear every two or three thousand years.

According to C. W. Leadbeater

The number of adepts who retain physical bodies in order to help the evolution of the world is but small-- perhaps some fifty or sixty in all. But it must be remembered that the great majority of these do not take pupils, as They are engaged in quite other work. Madame Blavatsky employed the term adept very loosely, for in one place she actually speaks of adepts who have been initiated, and adepts who have not been initiated. In all later writings we have reserved the word â€œinitiateâ€ for those who have passed at least the first of the four great stages upon the Path of Holiness, and the word adept we have restricted to those who have attained the Asekha level, and so have finished the evolution required of them in this chain of worlds. The consciousness of the Asekha rests normally upon the nirvanic or atmic plane while his physical body is awake. But out of the number who have already attained adeptship only the very small proportion above-mentioned retain physical bodies, and remain in touch with the earth in order to help it; and out of this a still smaller proportion are willing under certain conditions to accept men as pupils or apprentices; and it is to these last (the smallest number) only that we give the name of Masters. Yet few though They be Their office is of incalculable importance, since without Their aid it would be impossible for man to enter the portals of initiation.

The work the Masters do on the inner planes was explained by C. W. Leadbeater as follows:

The Adepts are dealing with the entire world in enormous comprehensive sweeps of power; They are influencing millions in their causal bodies or on the buddhic plane, and all the time steadily, though by almost imperceptible degrees, raising the higher bodies of the people on a wholesale scale. And yet the same Master who spends His life in doing that work will sometimes turn aside and pay personal attention to little details connected with one pupil.

The spiritual practitioner is called a Holy Master when he/she is at the Fifth Initiation level of the spiritual path.

I am extremely blessed to have had the opportunity to learn pranic healing this year until the Arhatic Yoga prep level and I can't wait for the Kriyashakti course in December! It is a life changing course that has already started to make such a difference in my life in such a short period of time.

It was such an amazing experience! So worth it!