The Founder, The Teacher, The Author, The Healer, The Scientist, The Businessman, The Philanthropist.

Grand Master Choa is a spiritual teacher, and a true embodiment of his teachings. His rare depth of wisdom is a result of the alchemy of his experiences as an enlightened guru, chemical engineer, philanthropist, businessman and scientist. His more than 30 years of research and proclivity for experimentation on the wise use of subtle energy has made him a Master of Energies.

Master Choa was born on August 15, 1952 in Cebu City, located in the southern part of the Philippines. He was born to a wealthy Chinese family with a very strong business background. Although he got exposed to the business world early in life his focus shifted to his spiritual mission.

According to his mother, when he was a very young boy, he did not play with toys or with other kids in the streets. He just read and read in his room oftentimes missing his meals. His mother asked that his meals be brought to his room. On occasion, he would buy a book and proudly show it to his siblings and cousins who were just more interested in playing. He asked his parents incessantly about the lives of spiritual beings like St. Francis of Assisi and St. Theresa de Avilla. Since then, his mother knew that he was different from her other children.

At a very young age he had already read and studied many books on healing. He also considered himself a walking encyclopedia on esoteric knowledge and healing. His inquisitive attitude and his avid interest in accumulating more knowledge through study and through experimentation continued throughout his life. 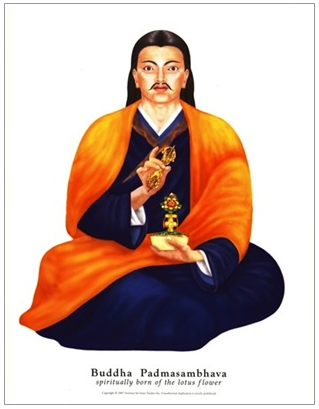 In his young adult life, he met several remarkable men that were his first spiritual mentors. Through his spiritual mentors – Mang Dabon, Mang Nenet and Mang Mike – he was able to contact his Sat Guru or Primary Permanent Spiritual Teacher, Mahaguruji Mei Ling. Maha means Great, Guru means Teacher and Ji means Respected – Mahaguruji means “Respected Great Spiritual Teacher." One of his spiritual mentors prophesied that he would be spreading spiritual teachings. As he was studying in the university he did not put too much emphasis on it. In fact, he said if he had known about his very difficult mission, he would probably have been overwhelmed by the herculean task and would have avoided his destiny completely. However, his teacher Mahaguruji Mei Ling and his disciples, being wise and patient, gently and steadily guided and prepared Grand Master Choa to fulfill his dharma or life’s mission.


As a scientist, his more than 30 years of research and experimentation on the wise use of subtle energy has made Grand Master Choa one of the greatest Masters of Energy of our generation. The Science and Art of Pranic Healing was a seminal work developed by Grand Master Choa Kok Sui, who spent years researching, experimenting and validating the specific techniques introduced in the Pranic Healing books, workshops and seminars that have now gained worldwide popularity in over 100 countries. Grand Master Choa through the revolutionary system of Pranic Healing has demystified the energy healing art into a scientific, systematic and pragmatic application relevant to this day and age.

As an author,Grand Master Choa wrote 27 books on Pranic Healing and spirituality. Miracles Through Pranic Healing was the first book of Pranic Healing® which published in 1984 and has been translated into 27 languages. Grand Master Choa believes that mankind is ready for a major shift in consciousness. Grand Master Choa’s propensity to write is equally matched by his desire to teach. To facilitate the dissemination of Pranic Healing® globally, he founded the Institute for Inner Studies Inc. in 1988 to disseminate the teachings in the Western Hemisphere and the World Pranic Healing Foundation in 1990 to help spread the healing science in Third World countries. In just less than twenty years, Master Choa has trained Pranic Healing Trainers who are directing training programs and overseeing pranic healing centers around the world. Grand Master Choa’s love and commitment to help uplift the spiritual and material growth of humanity has inspired him to hold enlightening and practical workshops and retreats on esoteric subjects such as Arhatic Yoga®, Kriyashakti® (The Art of Materialization and Financial Healing), Higher Clairvoyance®, Advanced Pranic Healing®, Pranic Psychotherapy®, Pranic Crystal Healing®, Pranic Psychic Self-Defense®, Arhatic Sexual Alchemy, Pranic Feng Shui®, Self-Pranic Healing®, Achieving Oneness with the Higher Soul® (Meditations for Soul Realization), Inner Teachings of Hinduism Revealed®, Universal and Kabbalistic Meditation on the Lord's Prayer®, Spiritual Essence of Man®, OM Mani Padme Hum®, Spiritual Business Management®, Inner Teachings of Christianity Revealed® and Inner Teachings of Buddhism Revealed®. He has recorded guided meditations for the novice and advanced practitioner that are available in different languages.

As a spiritual teacher and guru to tens of thousandModern Pranic Healings of Pranic Healers and Arhatic Yogis, he traveled ceaselessly across the globe, teaching people from all walks of life. He is indeed a unique spiritual teacher for our modern times. One of his distinctive qualities as a teacher is his ability to synthesize arcane and deep metaphysical principles into simple concepts and applications.

Grand Master Choa Kok Sui developed the Arhatic Yoga® system for those who are pursuing higher spiritual growth and development. Arhatic Yoga® synthesizes the spiritual path of love, intelligence and will. Practice of advanced breathing techniques and meditations, character building and inner purifications intend to accelerate the evolutionary development of the soul so that each person can be of greater service to mankind and the planet Earth. Through his extensive scientific research, Grand Master Choa has also developed a discipline called "Technology of the Soul". This profound, powerful and exciting knowledge is taught in the workshops and imparted only to his senior disciples and advanced students. According to Grand Master Choa, a spiritual guru is like a gardener and the incarnated souls are like golden stars or buds that are nurtured for aoens of time by the spiritual teacher. Unless a disciple understands this, he cannot understand the tremendous sacrifice done by the spiritual guru for the sake of the spiritual development of the disciples.

Today Grand Master Choa Kok Sui’s Pranic Healing® and Spiritual Workshops circle the globe in the United States, Central and South America, India, Western and Eastern Europe, Asia, Africa, Middle East, Canada, Australia and elsewhere and are touching people lives resulting in the “will to do good” and formation of Pranic Healing® Centers, Foundations and Institutes with thousands of teachers and tens of thousands of Pranic Healers and Arhatic Yoga practitioners. The validity of Grand Master Choa’s teachings is attested to by graduates everywhere, men and women from every walk of life, who have successfully improved their health and well-being as well as their spiritual growth.

There are not enough superlatives to aptly describe this enlightened teacher. His Chinese name Choa Kok Sui, means “fortune of the world” and that is what he truly is. Grand Master Choa Kok Sui’s mission is to selflessly teach Pranic Healing through the path of love, the path of knowledge and the path of active service. His global success comes from his overriding goal and his passion, stamina and sheer will.

A great poet once said, “Some men are born great, and other have greatness thrust upon them.” Spiritual greatness has to be evoked and earned and must be worked on zealously, indefatigably and assiduously throughout one’s whole life. Grand Master Choa Kok Sui has done a phenomenal and remarkable mission in this lifetime that will continue for years and generations to come. From the fruits you will know the tree.

Before departing from his physical being in March 19, 2007 Grand Master Choa Kok Sui's last messages to his students was:
- Practice Diligently.
- Purify yourself.
- Spread the Teachings.

It was an eye opener , has helped develop physical mental emotional and etheric healings along with the meditations and also to our beloved master thank youu thank youu for guiding us through for a spiritual journey and yet more to learn and enjoy the magical experience.Master Hermie is an amazing loving person and kept it so simple practical and straightforward for us to learn and use it in our daily life.