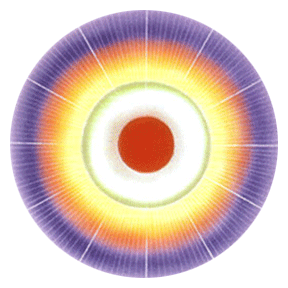 The forehead chakra is located at the center of the forehead. (Master Choa Kok Sui, Advanced Pranic Healing)

Forehead chakra also none as the Third Eye

In esoteric Buddhism where the teachings are orally taught or telepathically transmitted, the forehead chakra is called the “lower Buddhichitta,” while the crown chakra is the “higher Buddhichitta,” or simply Buddhichitta. (Master Choa Kok Sui, The Spiritual Essence of Man)

The intelligentsia uses predominantly the intellect and sometimes they don’t even recognize the existence of the intuition. They consider it as not rational and not objective. Geniuses use intuition and are far superior to the intelligentsia and the masses. A genius uses intuition to know the truths and extracts secrets from Mother Nature; he uses intellect to validate or check what has been learned intuitively. A genius is one who uses both intuition and intellect in a coordinated, effective and objective manner. It is the purpose of the human race to eventually develop the intuition.

SOME CONDITIONS AS A RESULT OF A MALFUNCTIONING FOREHEAD CHAKRA

In Chinese medicine, it corresponds to the acupuncture point DU (GV) 24. (Master Choa Kok Sui, The Spiritual Essence of Man)

TAOIST AND INDIAN CORRESPONDENCE OF THE FOREHEAD CHAKRA

In Taoist yoga, the forehead chakra corresponds to shen ting, which means “hall of the divine.”

The forehead chakra in the Indian oral tradition is called the Lalaata chakra. In Tamil (Southern India), it is called Kumbidu kaala varmam.

A certain degree of physical and psychological preparations is needed to activate the crown chakra.

In Kabbalah it is called Chokmah. The divine name of Chokmah is Yehovah.

This course was a very fulfilling one.it answered most of my questions that couldn't be answered in normal circumstances.suddenly I knew who I am and what I am supposed to do. I am that I am.