First Initiation – The Birth of the Love within the Heart 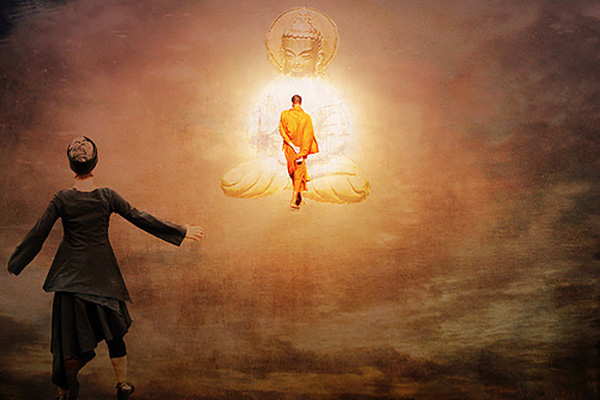 "At the first initiation one gains full control of the physical body. "

In the Ascended Master Teachings, a soul that reaches this level is referred to as having attained their Individualized I AM" Presence, the prerequisite for further spiritual advancement.

The first initiation occurs when the light of the soul becomes robustly expressed through the heart chakra. The nature of selfless love is then the pivotal force guiding one’s life, as well as a desire to uplift humanity. In addition, this initiation indicates that the soul has gained relative mastery over the appetites of the physical body. As such, the cravings of the body no longer hold control over consciousness. A new and higher understanding of sexuality also begins to govern life. This realization is based on an understanding that human sexuality is an outer symbol of the vertical intimacy existing between the soul and personality. At this stage of spiritual development, the soul is a recognized fact within, and can be accessed with relative ease. This initiation marks initial entrance into the fifth kingdom in nature, the Kingdom of Souls.

The Disciple on the path of mastery over the physical body

The key teaching in the first initiation is mastery over the physical body. The body should be in the service of the soul. Control over the physical body should have reached a very high level. Drugs or alcohol should not control a person by the time they reach this stage on their spiritual path. The basics of the right kind of living, thinking and self-control are reached in this initiation. Some basic principles of God consciousness also start to rule the disciple. The 1st initiation shows that the seed of the soul life is planted and grows. The Throat chakra is stimulated in 1st initiation. Sometimes the first Initiate is known as the Disciple.

The first initiation expands the consciousness of the disciple into the Buddhic plane.

The new Initiate . . . is born into this new life of the Spirit, and the expansion of consciousness he attains consists in his having opened to him, for the first time, that great spiritual world in which all truths are known by Intuition, not by reason¬ing; in which the eyes of the Spirit are opened, and direct knowledge of spiritual truths is gained; knowledge becomes intuitive, instead of rational.

When the great ceremonial is over, then it is that, either by his own Teacher or by some high disciple to whom the work is delegated, the new Initiate finds open within him that new consciousness which is gradually to grow, so that he may master the knowledge which at first is only presented to him in a dazzling panorama. Because of that new world into which he is born, the first of the great Initiations is spoken of as “the second birth”, the “birth of the Spirit”. He has become now the twice¬-born. . . .

The ego having brought the lower self into harmony with himself is now reaching upwards into the buddhic plane, the plane of unity. It is only in this way that the man can begin to cast off the delusion of self which stands in the way of his further progress, and that is why the buddhic experience is necessary at the first Initiation.

After this, the work of the initiate is to ascend through the buddhic plane:

Having passed the first Initiation and consciously entered the buddhic plane, this work of developing himself on sub-plane after sub-plane now lies before the candidate, in order that he may get rid of the three great fetters, as they are technically called, which embarrass his further progress.

The three great fetters the candidate to the Second Initiation has to get rid of has been described as the delusion of self (or sense of separateness), doubt or uncertainty regarding the fundamental laws of karma, reincarnation, etc., and superstition, as the idea that any particular religion or ceremony are indispensable.

The course made me aware of the basics and and fundamental of Pranic Healing that I now have the confidence to heal myself and my loved ones.

The benefits and practicality of the course was felt directly during the course itself .
I could validate the richness and effectiveness right away .