Home > Our System > Arhat or Paramahamsa 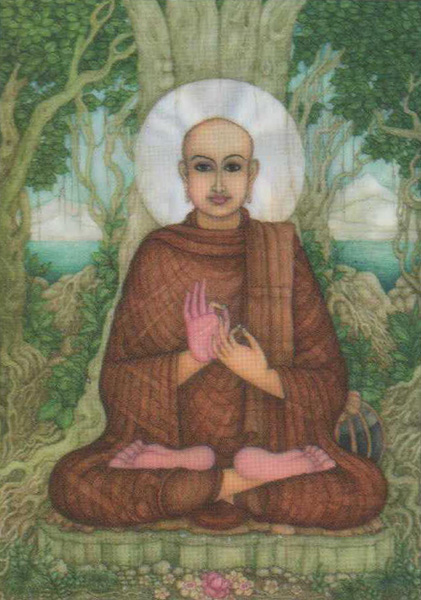 Theravada Buddhism defines arhat (Sanskrit) or arahant (Pali) as "one who is worthy" or as a "perfected person" having attained nirvana. Other Buddhist traditions have used the term for people far advanced along the path of Enlightenment, but who may not have reached full Buddhahood.

The term arhat, denoting a saintly person in general, was closely associated with miraculous power and asceticism.

In Theravada Buddhism, an arahant is a person who has eliminated all the unwholesome roots which underlie the fetters – who upon their death will not be reborn in any world, since the bonds (fetters) that bind a person to the samsara have been finally dissolved. In the Pali Canon, the word tathagata is sometimes used as a synonym for arahant, though the former usually refers to the Buddha alone.

After attainment of Nibbana, the five aggregates (physical forms, feelings/sensations, perception, mental formations and consciousness) will continue to function, sustained by physical bodily vitality. This attainment is termed the nibbana element with a residue remaining. But once the Arahant pass-away and with the disintegration of the physical body, the five aggregates will cease to function, hence ending all traces of existence in the phenomenal world and thus total release from the misery of samsara. It would then be termed the nibbana element without residue remaining. Parinibbana occurs at the death of an Arahant.

In Theravada Buddhism the Buddha himself is first identified as an arahant, as are his enlightened followers, because they are free from all defilements, without greed, hatred, delusion, ignorance and craving. Lacking "assets" which will lead to future birth, the arahant knows and sees the real here and now. This virtue shows stainless purity, true worth, and the accomplishment of the end, nibbana. 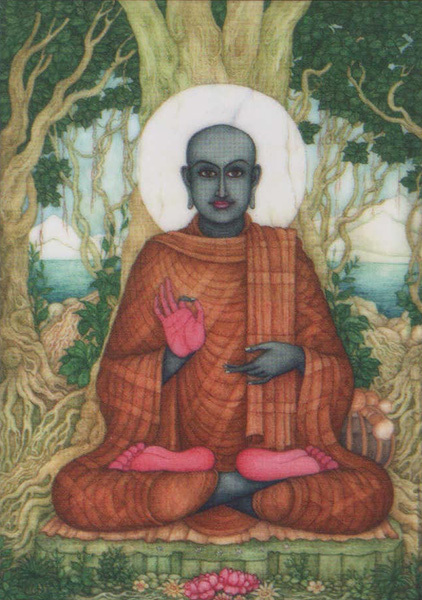 Paramahamsa ,also spelled paramahansa or paramhansa, is a Sanskrit religio-theological title of honor applied to Hindu spiritual teachers who are regarded as having attained enlightenment. The title literally means "supreme swan," and symbolizes spiritual discrimination. The swan is equally at home on land and on water; similarly, the true sage is equally at home in the realms of matter and of spirit. To be in divine ecstasy and simultaneously to be actively wakeful is the paramahansa state; the 'royal swan' of the soul floats in the cosmic ocean, beholding both its body and the ocean as manifestations of the same Spirit. The word 'Paramahamsa' signifies one who is Awakened in all realms. Paramahansa is the highest level of spiritual development in which a union with ultimate reality has been attained by a sannyasi.

The hamsa (swan) is the vahana, the mount or vehicle, of the god Brahma. In the Vedas and the Purânas it is a symbol for the Soul. The hamsa is said to be the only creature that is capable of separating milk from water once they have been mixed; symbolically this is the display of great spiritual discrimination. It is symbolic for a spiritually advanced being who is capable of controlling the breath energy in such a way that he only absorbs pure vibrations from all the different energies the world contains. To the Paramahamsa (the supreme celestial Swan) on the other hand, the whole of creation is God himself, there is nothing else but God alone. This person is a fully realized soul, completely liberated from all bonds with the world, who knows no obligations, no likes or dislikes. He is without any needs because he is completely immersed in God.

The spiritual practitioner is called an Arhat or a Paramahamsa when he/she is at the Fourth Initiation level of the spiritual path. Master Choa Kok Sui’s Arhatic Yoga is one of the fastest ways to fulfil the path of arhatship.

I enjoyed learning the origin of science and its applications and useful that can help humanity and its development in a distinctive way we need these morals and values in this age.
Interestingly, these courses changed my lifestyle and my outlook on the surrounding world.
I would like to thank all those who contributed to the training and all who contributed to the delivery and dissemination of these sciences

it is such an eyeopening subject , I wish I had done it earlier. So grateful that I did this course now and wish to practice these regularly. Thanks